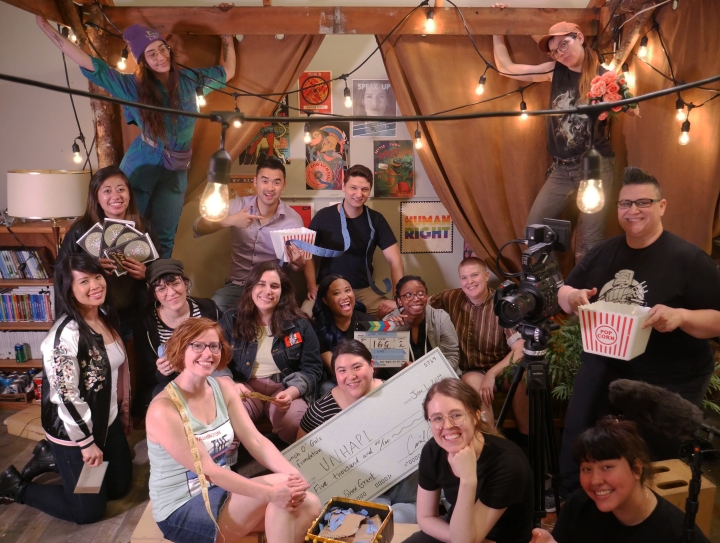 After nearly a year of setbacks, we wrapped up filming for season one of Gabby Smashes! The cast and crew spent five days over the last two weekends creating the world of Gabby Smashes and it’s all thanks to you – our supporters who continue to believe in our mission.

We’re now quickly transitioning to post-production so that we can get these episodes out into the world already! Want to support us? See below for ways you can help!

Ways you can help:

Your support goes a long way for our independent project lead by a womxn/non-binary and mostly POC cast and crew. You can help get this project off the ground by:

Thanks so much for your support. We can’t wait for ya’ll to see what we made!

END_OF_DOCUMENT_TOKEN_TO_BE_REPLACED

My name is June, and I’m one of the writers for season one of Gabby Smashes– a comedy web series that follows the story of Gabby, a very passionate and quirky Filipina in her rookie year in the non-profit world in Portland, Oregon.

When I write for the characters in Gabby Smashes, I think of the many people in the non-profit space showing up for diversity, equity, and inclusion work. As a woman of color in that work, it brings up a combination of things on a daily basis –nervousness for the next retreat or DEI (diversity, equity and inclusion) training, racial imposter syndrome, pure joy from a well-facilitated meeting, pride in having a racial equity statement and at the same time anxiety around the responsibility of holding myself and others up to the statement, and more. For me, one of my hopes for Gabby Smashes is to honor those jumping into that space by letting them know that their struggles are real and valid and sometimes the bizarre and comical can be healing.

In a world where tuning out of things is becoming an important survival tool, Gabby Smashes invites folks to tune in and be both present and critical of Gabby’s day-to-day through humor and laughter.

Like a lot of good things, it takes a lot of belief, support, and community to make it happen. I invite you to become part of the story of Gabby Smashes by making a pledge to our Seed & Spark campaign so we can make this season a reality.

On a day like today where you’re bombarded with red hearts and loud reminders to spread love to all those around you, I am feeling especially grateful.

If you are new to this list, welcome and thank you for supporting this web series! If you have been with me since the beginning, like back in 2016 when we released the proof of concept, I thank you for sticking by this project and continuing to support it in the ways that you can. I am humbled at the fact that you’re still here and interested in what we’re creating!

I started writing the original script for the series with a simple idea – how can I capture the experiences I and other nonprofit workers/advocates/activists in a way that is easy for those who work outside of it to understand? Comedy has always been my go-to method for communicating the issues that are hard for me to explain otherwise and ultimately, Gabby Smashes became the platform for me to attempt to translate those experiences in a captivating, funny, and heartfelt way through a protagonist that just wants to do good in the world.

The support and momentum from the release of the pilot last year was both wonderful and overwhelming. And none of it would have ever happened without YOU – from sharing the crowdfunding campaign and pilot, to donating, to attending the screenings – all of you helped us get to this point.

And now we’re getting close to the finish line! The pilot was only the beginning – we still want to share this story with all of you but we know, we can’t get there without you.

With only 13 days left we are a little less than halfway to our goal. Because we’re filming four episodes, our budget is bigger this time around – bigger crew, more actors, more equipment, etc. More in general! As an independent project that runs completely on the drive and passion of the people behind it, I know a little recognition and compensation can go a long way, which is why we’re running this campaign. It takes a lot of people to make this happen and for me it’s extremely important to compensate and recognize those who work on this project. It’s the least I can do for the labor provided in making this little dream become a reality!

If you can donate before our deadline, I’d greatly appreciate your support.

Thank you again from the bottom of my heart!

I’m Samson Syharath, a theatre director, producer, actor, and funny enough an administrator at a nonprofit. I am second generation Laos-American and identify as a cis queer man and I play David in Gabby Smashes.

END_OF_DOCUMENT_TOKEN_TO_BE_REPLACED

Luann here and if you haven’t noticed from our social media accounts, we just launched our latest Seed & Spark crowdfunding campaign last week to raise money for the production costs for our first season of Gabby Smashes. We got off to a shaky start but now we’re ready and on track to seeing this campaign through to a green light!

Make a pledge to our campaign here!

END_OF_DOCUMENT_TOKEN_TO_BE_REPLACED 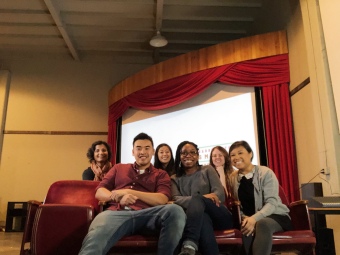 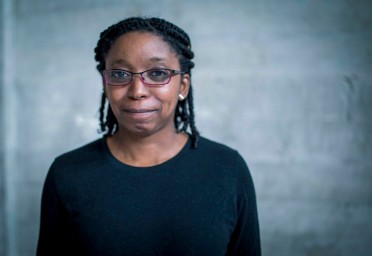 The first time I met Christian was at a table reading for another indie film project directed by my former co-producing partner, Dawn Jones Redstone. I didn’t get a chance to talk to Christian too much that day, but I remembered her presence as being calm, confident, and focused, working to make sure that everything was organized and set for that table read.

END_OF_DOCUMENT_TOKEN_TO_BE_REPLACED

The Gabby Smashes team is looking for a producer to lead the production of season 1! Are you the right person for the job? Click here to read more about the role!

The producer coordinates and supervises all aspects of a production, from the creative to the administrative. Producers also make the financial decisions and handle contracts, talent and bargaining agreements, and other administrative details. While producers get to be in on the fun of planning and executing a production, they also deal with troubles during production and keep everything within budget.

END_OF_DOCUMENT_TOKEN_TO_BE_REPLACED

I hope this message finds you all well. I’m writing to you a few weeks after the last screening of the Gabby Smashes pilot episode at the Allied Media Conference in Detroit. It was a wonderful experience sharing the project with attendees at the conference and fostering new connections with supporters of the show! I continue to be grateful for the ongoing support. 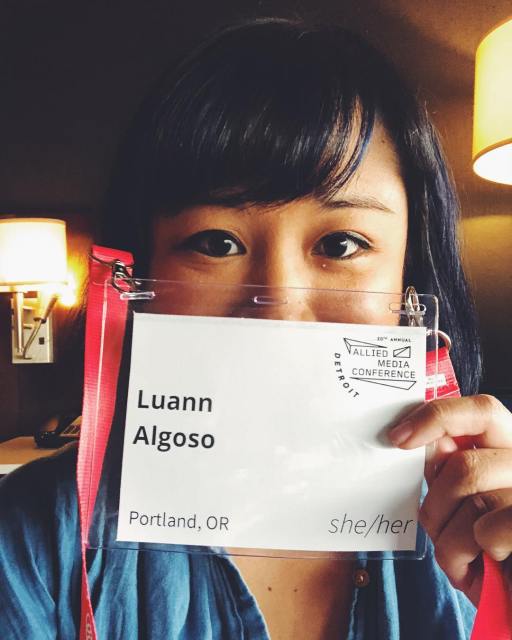 I wanted to share news with you all that Dawn Jones Redstone is stepping away from the project as a Co-Executive Producer and Director for Gabby Smashes and has taken on the new role of Consulting Producer. Since the moment she joined the team last year, Dawn has been instrumental in bringing this project to the next level and I personally am eternally grateful for her unyielding support, guidance, and thought partnership that she provided. What started as an ambitious idea years before, Dawn came in planting a seed with her talents, skills, and creative insight which ultimately breathed new life and direction into the project that I would not have been able to do alone. 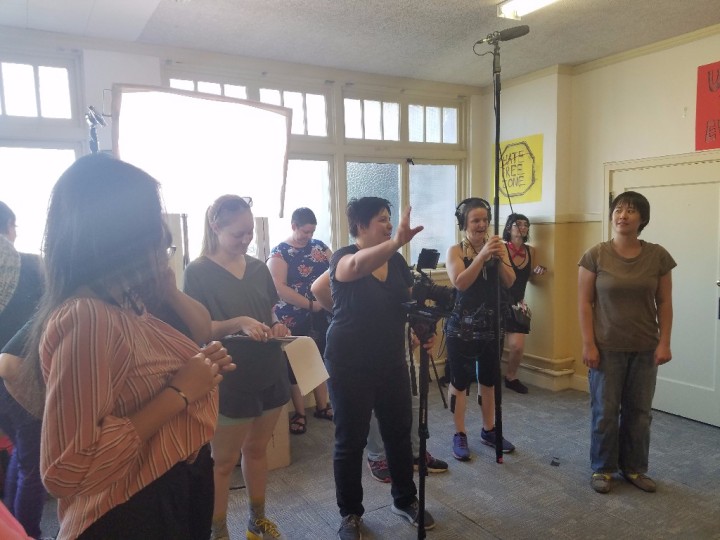 I am of course, saddened at Dawn’s departure but like most indie film projects that are underfunded and have unclear and uncertain timelines, that is the reality of the evolution of these projects. However, I am grateful for the time we spent working together and I look forward to supporting Dawn in other ways with her upcoming feature film project that she’s been working on!

Lastly, I’m excited to introduce to you our new director! 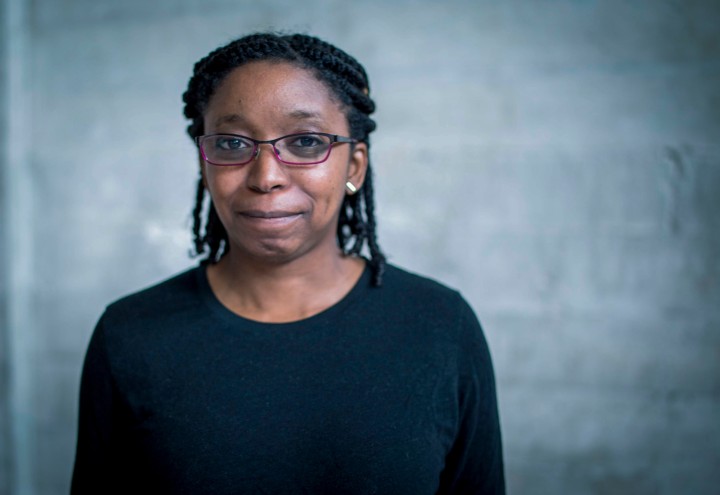 Please meet Christian Henry, our new director! Christian is a filmmaker and a television writer/producer for a network affiliate of NBC. Her recent work includes producing the award-winning short film We Have Our Ways. The film was named the Best Oregon Short Film at the 2018 Portland International Film Festival. Christian’s film, From Salem to the Salon, screened in the 2016 Portland Oregon Women’s Film Festival and the Oregon Lens Film Festival by OPB. Christian also serves on the board for the Portland chapter of Women In Film. She was named one of Portland’s Top 10 Social Changemakers by Mac’s List.

I look forward to working with Christian and our writing team (announcement coming soon!) in developing the rest of the season of Gabby Smashes.

Thank you so much for your ongoing support of Gabby Smashes and my little dream! I am filled with immense gratitude in recognizing the many people that have worked on (and continue to work on), supported, and helped build this project from the ground up. No one can do these projects entirely by themselves so I am constantly humbled by the amount of support, contributions, and love Gabby Smashes receives.

More to come soon. Have a good weekend!

Today is the one-year anniversary of when our web series succeeded in meeting its goal of raising about $13,000 to cover the costs of production! Thanks to all of our amazing backers, we were able to create the pilot episode of Gabby Smashes that you see online today. A lot of blood, sweat, and tears went into that pilot and we’re so proud of what we’ve created and the opportunities it’s provided our team in sharing the show with more audiences.

Today is ALSO my birthday. 😉

And we’re now in the pre-production stage of filming the rest of the season and we need your help!

Between Dawn and I (director and co-executive producer) we have been fortunate to travel to different cities to share Gabby Smashes through local screenings and film festivals, but the cost of travel and labor often comes out of our pockets. And as we move into the writing and editing stage of new episodes, funding for that labor of our writing team also isn’t covered.

So today, on the anniversary of us achieving our goal of raising funds through our Seed&Spark campaign, AND on my birthday, I’m asking for your help to raise $1000 to support this women of color-led project!

Your donation would help cover:
– Film festival submissions
– Travel to screenings and film festivals
– Labor of our writing team (to be announced soon)
– Marketing/promotions

Having funds to cover the labor of promoting this project and the writing process supports the ongoing needs of our expanding team. Dawn and I especially, have put in countless hours of work during this time in between production and often the labor of producing, marketing, promotions, traveling for speaking engagements and so on, can go unrecognized and is exhausting but absolutely worth it if we want to reach more audiences and supporters!

Thank you so much from the bottom of my heart in your continued support of this project that started out as a mere dream. Your contribution keeps this project alive, so anything you can give today makes a huge difference!